Late in his career, Max Perkins was invited to speak to a classroom of aspiring young editors, something he’d never done before. Arriving late, and wet from the cold rain, Perkins took his place at the front of the room and quietly began to speak:

“The first thing you must remember,” he said, without quite facing his audience: “An editor does not add to a book. At best he serves as a handmaiden to an author. Don’t ever get to feeling too important about yourself, because an editor at most releases energy. He creates nothing.”…He warned students against any effort by an editor to inject his own point of view into a writer’s work or to try to make him something other than what he is. “The process is so simple,” he said. “If you have a Mark Twain, don’t try to make him into a Shakespeare or make a Shakespeare into a Mark Twain. Because an editor can only get as much out of an author as an author has in him.”

Leaving aside the frustratingly gendered language (Perkins was no feminist), I think this is as clearly articulated an ideal of the editor’s work as I’ve ever read. An editor should not try to make the work what she wants it to be; instead, she must work to make it the best version of what it is. 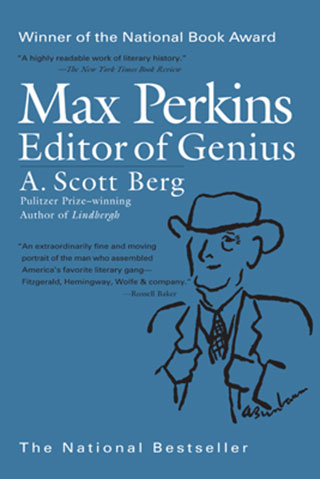 Perkins was, as the title suggests, the editor of many geniuses—notably, Fitzgerald, Wolfe, and Hemingway. Berg’s biography delves into his personal life, but I think the book is most compelling for its insight into Perkins’ working relationship with his authors.