Whereas homeschooling is about making the home a classroom, “unschooling” is about eliminating classrooms altogether:

Unschooling is a movement based on the ideas developed by an educational reformer named John Holt, who died in 1985. In 1981, he told a reporter, “It’s not that I feel that school is a good idea gone wrong, but a wrong idea from the word go. It’s a nutty notion that we can have a place where nothing but learning happens, cut off from the rest of life.”

Frauenfelder, Made by Hand, page 201

Which perhaps says more about how we’ve defined “school” than anything else. The best schools are less a place than a state of mind. 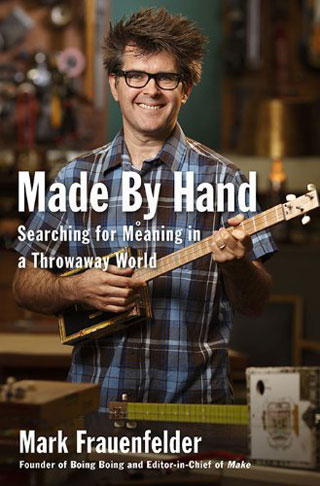 A chronicle of one man’s attempt to become a DIYer. Frauenfelder learns that making things yourself means mostly making mistakes, but those mistakes can be a source of joy.