When I wrote “always read with a pen in hand,” a number of people wrote to ask—some astutely, others sarcastically—what to do if they were reading on screen. Still others cringed at the thought of marking up their books with a pen, suggesting a pencil or a book dart instead, and proving there remain bibliophiles alive and well in this, the year of the pad.

But I said pen and not pencil for a reason; a pencil mark will fade with time, so that ten years or more from now you won’t be able to read it. (I say this with experience: all the notes carefully recorded in my Riverside Shakespeare as an undergrad are now but blurry smudges, nary a word of it readable.) More importantly, pencil can be erased, while a pen requires that you cross it out. This is how it should be. You do not erase a thought you had; you can only discard it. The fact of its existence remains after it is tossed away. So it is with ink.

Of course, you can’t take your pen to the screen. When it comes to annotating the written word, nothing yet created for the screen compares to the immediacy and simplicity of a pen on paper. The only effective way to respond to text on screen is to write about it. The keyboard stands in for the pen; but it demands more than a mere underline or asterisk in the margin. It demands that you write.

That, of course, was the reason for the pen all along: it’s a physical reminder that you are not reading merely to consume the words of others passively, but that you have an obligation to respond. If the democratization of publishing is to reap any rewards, it can only do so if we all become better writers. The first step towards that is to assume the stance of a writer—to read others’ words with an eye to improving your own. First, you must pick up the pen. 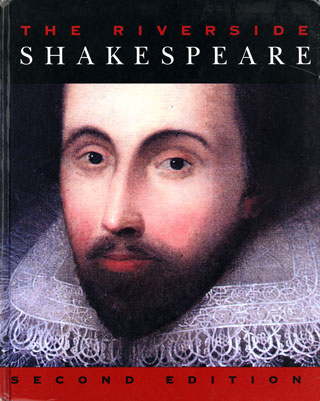 The book I most dreaded carrying around when I was a student (because of its heft), but which I now profess the most nostalgia for.