In a chapter on the image as witness, Alberto Manguel discusses the photographs of Tina Modotti:

The American critic Geoffrey Hartman, commenting recently on the surfeit of brutal images on television newscasts, warns of the dangers of being entertained by “useless violence” (a phrase coined by the Italian novelist Primo Levi to describe Nazi brutality). For Hartman, the hyperrealist imagery with which popular culture bombards us “not only makes critical thinking more difficult” but both fosters and demolishes an illusion: “that reality could be an object of desire rather than an aversion overcome.” …Unlike most television images, [Modotti’s] photographs both denounce the misery of her subjects and embrace their humanity as common to ours, achieving what Hartman calls “thinking with grief,” an attitude that does not allow for either absence of meaning or meaning too rapidly assigned. The image of the peasant’s hands and feet becomes, framed by Modotti’s camera, a kind of memento mori, an object for reflection in which we, far from the subject’s suffering, are nevertheless reflected.

Modotti’s photographs require us to recognize our own frailty, our own mortality. Contrast that with another kind of photographic witness, this time at Abu Ghraib:

But above all, it was the posing soldiers, mugging for their buddies’ cameras while dominating the prisoners in trophy stances, that gave the photographs the sense of unruly and unmediated reality. The staging was part of the reality they documented. And the grins, the thumbs-up, the crossed over puffed-out chests—all this unseemly swagger and self-regard was the height of amateurism. These soldier-photographers stood, at once, inside and outside the events they recorded, watching themselves take part in the spectacle, and their decision not to conceal but to reveal what they were doing indicated they were not just amateur photographers, but amateur torturers.

So the amateurism was not merely a formal dimension of the Abu Ghraib pictures. It was part of their content, part of what we saw in them, and it corresponded to an aspect of the Iraq war that troubled and baffled nearly everyone: the reckless and slapdash ineptitude with which it had been prosecuted.…What had been billed as a war of ideas and ideals had been exposed as a war of poses and posturing. It was our image versus the enemy’s, a standard, in this case, by which it was easy to stoop appallingly low before being caught out. The Abu Ghraib photographs caught us out.

At Modotti’s photographs, we feel sympathy or sadness; at the Abu Ghraib photos, anger and indignation. It is much easier to acknowledge privilege than it is to own up to wrongdoing. 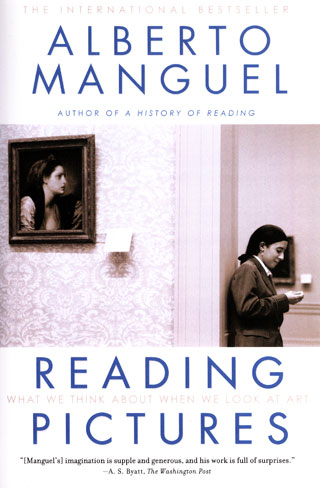 Manguel—author of A History of Reading—turns his eye to how we “read” art. A welcome correlative to Berger’s Ways of Seeing. 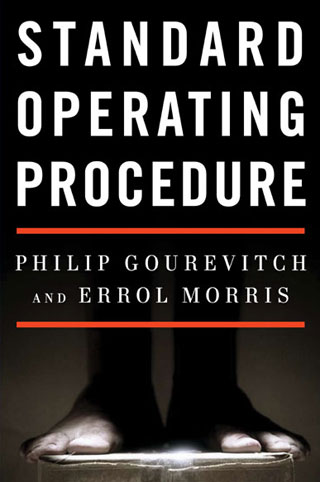 The book companion to Errol Morris’ movie of the same name. Where Morris tells the story with video and photography, Gourevitch communicates with words alone.