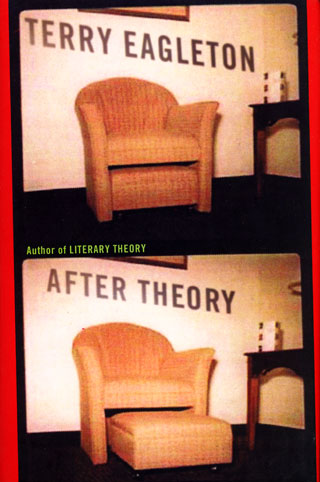 A lot of scientists are fairly sceptical about science, seeing it as much more of a hit-and-miss, rule-of-thumb affair than the gullible layperson imagines. It is people in the humanities who still naïvely think that scientists consider themselves the white-coated custodians of absolute truth, and so waste a lot of time trying to discredit them.

Of course, there are a few important differences:

Tragedy is about wresting victory from failure, whereas comedy concerns the victory of failure itself, the way in which a wry sharing and acceptance of our weaknesses makes us much less killable.

One reason for judging socialism to be superior to liberalism is the belief that human beings are political animals not only in the sense that they have to take account of each other’s need for fulfilment, but that they achieve their deepest fulfilment only in terms of each other.

I’ve heard whispers about rescuing the word “liberal” from the prison where the media have kept it these last forty years or so. But what of socialism? It would do us a lot of good to restore both terms to our political dialog. It’s infuriating that socialism has become synonymous with communism, which is, of course, synonymous with evil. (And what a renaissance that word has seen of late? Someone ought to study the frequency with which the word evil appears in public discourse both before and after the 2000 election. I’d lay money on an exponential increase.)

I’m not so sure about this latter point. Haven’t tattoos historically been a way of identifying the body as part of a particular species body (read: tribe)? In that sense, tattoos are about demonstrating how you are alike, not how you are different. Claims of youthful rebellion aside, I don’t think much has changed in this respect.