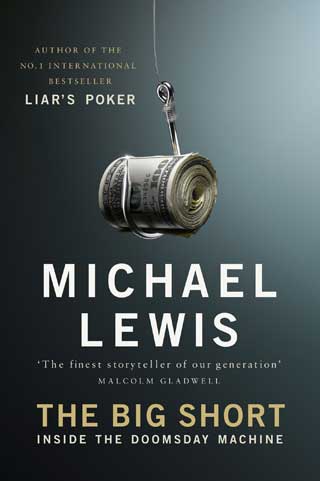 Infuriatingly good. There isn’t another writer alive who could take the obscurities of subprime mortgages and credit default swaps and deliver a page-turner like this one. Lewis’ storytelling abilities come at a price, however: I now fully understand the extent to which Wall Street is completely and unforgivably fucked.

Raised in Georgia, the son of a finance professor, Danny was less openly fatalistic than Vinny or Steve, but he nonetheless shared a general sense that bad things can and do happen, especially on Wall Street. When a Wall Street firm helped him to get into a trade that seemed perfect in every way, he asked the salesman, “I appreciate this, but I just want to know one thing: How are you going to fuck me?”

Heh-heh-heh, c’mon, we’d never do that, the trader started to say, but Danny, though perfectly polite, was insistent.

We both know that unadulterated good things like this trade don’t just happen between little hedge funds and big Wall Street firms. I’ll do it, but only after you explain to me how you are going to fuck me. And the salesman explained how he was going to fuck him. And Danny did the trade.

Storytelling is mostly about timing. Not only telling the right story at the right time, and in the right context, but an internal rhythm of words and sentences. When I was first learning to write, I would copy by hand whole chapters from books I was fond of, turning the words around in my own hand in order to get a feel for them. Now I mostly type those words, but the exercise is the same. I think it’s similar to the way many people learn an instrument: first you play other writer’s songs, then you learn to write your own.