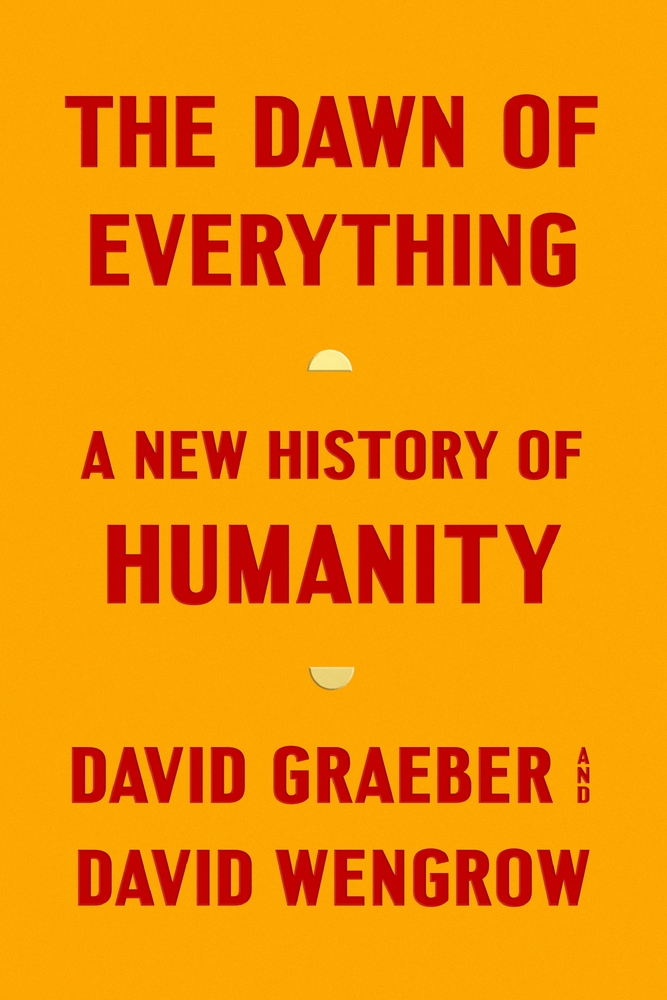 Some books seek to simplify or clarify the past; this one seeks to complicate it. Graeber and Wengrow take as their starting point the “just so” story that primitive, pre-agricultural societies were egalitarian, but that in the progress towards “civilization,” equality was traded away. As they romp through the historical record, they find example after example that shows this story for a myth: large cities with thousands of inhabitants all in identical homes, with no signs of palaces or wealth disparity; societies that moved seasonally between different cultural milieus; places where kings and strict hierarchies and exceptional violence came to be established only to be abruptly and entirely abandoned, spoken of afterwards as a cautionary tale. Along the way they demonstrate that encounters with Indigenous intellectuals in the Americas had a profound influence on Enlightenment thinking, and that such threads continue today, even if their origins are rarely acknowledged as such. I’ve no doubt that among the hundreds of bits of evidence they recruit, there will be those where others profoundly disagree with their interpretation of the archaeological record. But that only serves to reinforce their point: humans were not born in chains, but neither are we doomed to them, and for thousands of years we have experimented with different ways of living together. There is no reason to believe that that experimentation has—or ever will—come to an end.