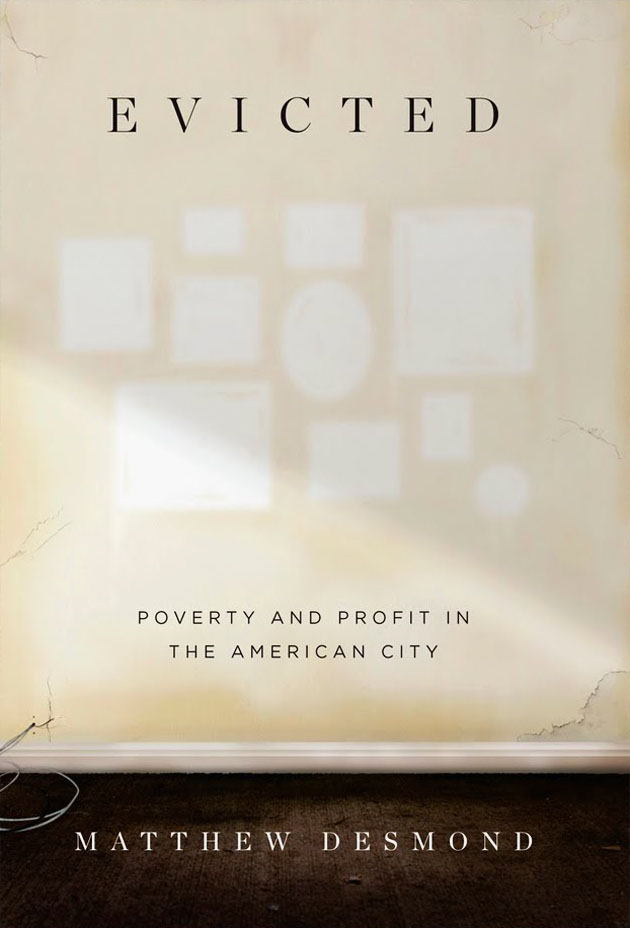 For months, Matthew Desmond lived in the poorest neighborhoods of Milwaukee, getting to know the locals and documenting their impossible struggles to find and keep a home. Through fieldwork and additional research, he uncovers that eviction among the poorest residents is both commonplace and underreported. The families Desmond documents face high rents for unsafe conditions, exploitive and capricious landlords, discrimination (especially towards women with children), and the despair and depression that come with the lack of a stable home. Some women persist in abusive relationships because the alternative is homelessness or losing their children to protective services. Many people turn to drugs for some relief from hopelessness. A family loses their baby when a fire sweeps through a house that lacked smoke detectors, and the landlord refuses to return the month’s rent. The hardship faced by every person he meets is too much to bear, doubly so because we have all the resources necessary to prevent it. I found myself near to tears while reading this, all the while sitting comfortably in my own cherished home. This should be required reading for everyone with a roof over their heads.

One of the stories in Evicted is of a woman named Vanetta. Vanetta has three children—Kendal, Tembi, and Bo-Bo, the youngest, who suffers from seizures. At a time when money was already tight, Vanetta’s hours were cut back at a local diner, from five days a week to just one. Her electricity was about to be cut off because she hadn’t made payments in a while, and she was facing eviction. With few options save the street, she and her boyfriend acted impulsively and robbed two women; the boyfriend pulled out a gun. No one was hurt. Venatta plead guilty, and at a sentencing hearing, the public defender emphasized that she’d never been in trouble before, that the act was one of desperation, and that she accepted responsibility for her actions. The judge acknowledged that poverty was a contributing factor, then noted that her economic situation hadn’t improved and sentenced Vanetta to eighty-one months in the state prison system. Desmond writes:

What the judge was saying, in essence, was: We all agree that you were poor and scared when you did this violent, hurtful thing, and if you had been allowed to go on working five days a week at Old Country Buffet, refilling soup pots and mopping up frozen yogurt spills, none of us would be here right now. You might have been able to save enough to move to an apartment that was de-leaded and clean in a neighborhood without drug dealers and with safe schools. With time, you may have been able to get Bo-Bo the medical treatment he needs for his seizures, and maybe you could have even started taking night classes to become a nurse, like you always wanted. And, who knows, maybe you could have actually become a nurse, a real nurse with a uniform and everything. Then you could really give your kids a childhood that would look nothing like the one Shortcake gave you. If you did that, you would walk around this cold city with your head held high, and maybe you would eventually come to feel that you were worth something and deserving of a man who could support you other than by lending you his pistol for a stickup or at least one who didn’t break down your door and beat you in front of your children. Maybe you would meet someone with a steady job and get married in a small church with Kendal standing proudly up front by the groom and Tembi as the poofy-dressed flower girl and Bo-Bo as the grinning, toddling ring bearer, just like you always dreamed it, and from that day on your groom would introduce you as “my wife.” But that’s not what happened. What happened was that your hours were cut, and your electricity was about to be shut off, and you and your children were about to be thrown out of your home, and you snatched someone’s purse as your friend pointed a gun at her face. And if it was poverty that caused this crime, who’s to say you won’t do it again? Because you were poor then and you are poor now. We all see the underlying cause, we see it everyday in this court, but the justice system is no charity, no jobs program, no Housing Authority. If we cannot pull the weed up at the roots, then at least we can cut it low at the stem.