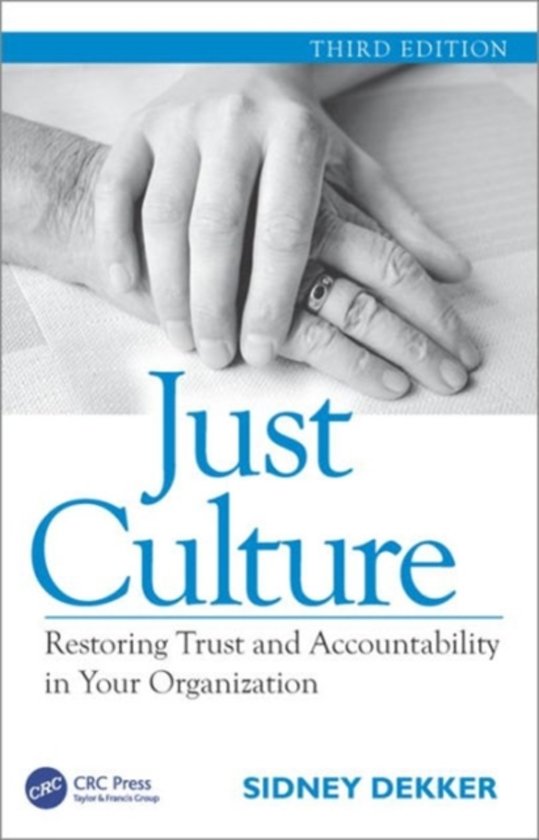 Drawing from safety practices in transportation and medicine, Sidney Dekker outlines how to (and how not to) create a culture of trust, learning, and accountability. Key to his analysis is that learning from mistakes requires a blameless culture: blame closes off avenues for understanding how and why something happened, preventing the kind of productive and open conversation necessary to learn. His work underlies many current engineering best practices (including the use of blameless post-mortems) but is broadly applicable to other functions, as is evident by his wide range of examples. Most importantly, Dekker is explicit about how blameless cultures are an exercise of restorative justice—a set of practices that prioritize learning, expressing remorse, and healing over criminalization and retribution. Among the very best things I’ve read about how trust and accountability can and should work in any organization.

The word “accountability” gets a bad rap. It’s often confusing—does it mean the same thing as being responsible? (Sometimes, yes, but not always.) Is saying that someone is accountable the same thing as saying they are the final decision maker? (Not necessarily.) Is the accountable person the one who gets fired when things go wrong? (Hopefully not.) Sidney Dekker has a better framing:

In both retributive and restorative approaches, people are held accountable for their actions. Nobody gets “off the hook.” Retributive justice asks what a person must do to compensate for his or her action and its consequences: the account is something the person has to settle. Restorative justice achieves accountability by listening to multiple accounts and looking ahead at what must be done to repair the trust and relationships that were harmed. This makes it important for others to understand why it made sense for the person to do what they did. Their account is something to tell. This also offers an opportunity to express remorse. Restorative approaches are open to multiple voices, and are willing to see practitioners not as offenders or causes of an incident, but as recipients or inheritors of organizational, operational, or design issues that could set up others for failure too. Restorative approaches are therefore more likely to identify the deeper conditions that allowed an incident to happen. They are better at combining accountability and learning at making them work in each other’s favor. Where retributive approaches to a just culture meet hurt with more hurt, restorative approaches meet hurt with healing, and with learning.

The notion of an account as something you tell transforms accountability from a nebulous set of responsibilities or duties or punishments into a clear and explicit directive. It remains, of course, a non-trivial task: Dekker goes on to talk at length about how to build systems where accountability, in the restorative justice context, is possible. Much of the difficulty can be ascribed to the ever-present instinct towards retribution, which seeks easy conclusions at the expense of understanding. But while accountability in the retributive context promises that someone will be punished, only restorative accountability offers the hope of preventing future harm. That ought to make it an easy tradeoff; that it still isn’t in most organizations shows how deep the commitment to retribution runs in our cultures. It also lights up where we have work to do.