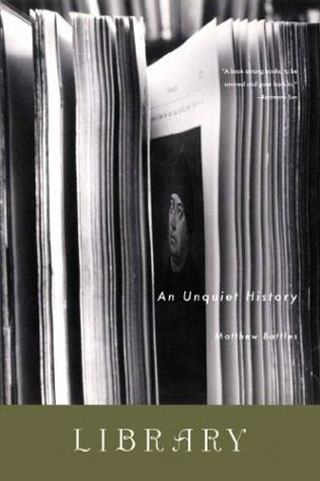 Battles’ lively history runs from the ancients to the internet, with tales of libraries built and burned along the way. In this, one thing becomes clear: that any library, once conceived, will someday be destroyed.

Next to a book, a digital text lacks permanence. But what of the texts that came before?

Even in the Han dynasty, despite the value it placed on classical learning, threats to books and scholars persisted. In response to such threats, scholars sought a medium more permanent than the bamboo strips and silk sheets on which writing was typically preserved. In the centuries between the rise of the Qin and the invention of paper, scholars and priests founded new kinds of libraries across China, libraries impervious to fire and burial. The Fang shan collection of Buddhist sutras founded in A.D. 550 in Hunan, China, for instance, is an enormous library. In its 4.2 million words, it comprises one of the most complete and authoritative collections of Buddhist scripture in Chinese. But there is not one book in the Fang shan library—not one silk scroll, not one shred of paper. Instead, the words of the sutra are carved, in the finest book hand, with characters one inch high, on stone stelae and the walls of caves.…[the] carved texts allow rubbings to be made, providing ready copies for the faithful.

If no text—indeed, no library—can last forever, then we must settle for it lasting long enough.