From the Widow Bodoni’s foreword to the reader:

It should not be assumed that Bodoni accumulated alphabets because the number of type faces always fell short of his expectations, nor because in so doing he intended to flaunt their astonishing quantity, but rather because he believed that the ideal printing house should be equipped with such a gradation of type faces that it would be almost impossible to the naked eye to distinguish the difference between one and another.

On the The Big Web Show last week, Dan Benjamin asked me why, when we now have a wealth of fonts available on the web, do designers still gravitate to a handful of popular ones. To which I answered, in part, that people tend to reach for that which is familiar. But it’s also true that we’ve had thousands of typefaces for print available to us, yet most books are set in perhaps one of thirty (forty? fewer?) common faces. The strive for abundance runs in parallel to that for quality, such that the more you have of something, the more eager for perfection you become. 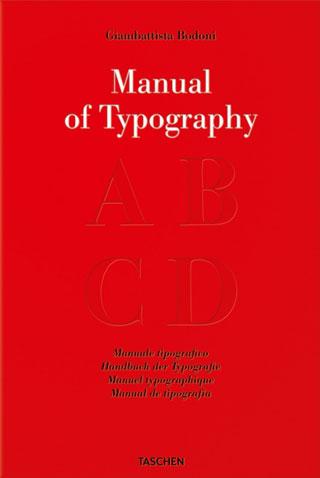 A reproduction of Bodoni’s lifelong project to document as many typefaces as possible, complete with the dedication by his widow, and an essay from Stephan Füssel placing the book in historical context.