Franco Moretti and others cataloged all the novels published in Britain between 1700 and 1900, then broke them down by genre, and discovered a curious fact: genres would emerge in popularity and then die off in groups, once every three decades or so. The rise of the novel, then, looks not so much like a singular event, but like many smaller, discrete events, in which a pack of subgenres rise, fall, and are quickly replaced. But what is the source of the regular tempo?

When one genre replaces another, it’s reasonable to assume that the cause is internal to the two genres: amorous epistolary fiction being ill-equipped to capture the traumas of the revolutionary years, say—and gothic novels being particularly good at it. But when several genres disappear together from the literary field, and then another group, and so on, then the reason has to be different, because all these forms cannot have run independently and simultaneously into insoluble problems—it would be simply too much of a coincidence. The causal mechanism must therefore be external to the genres and common to all: like a sudden, total change of their ecosystem. Which is to say: a change of their audience. Books survive if they are read and disappear if they aren’t: and when an entire generic system vanishes at once, the likeliest explanation is that its readers vanished at once.

This, then, is where those 25–30 years come from: generations.

So: a pack of genres resonate with a particular generation, and then die off when that generation passes away. A new pack of genres picks up in its stead. It would be interesting to map these genres against the locations where they sold the best: are these generational shifts independent of geography, or do some genre groups take hold only in certain locations? And, perhaps more interestingly, what do these genres tell us about each generation? Can we learn about how they lived from the books they loved? 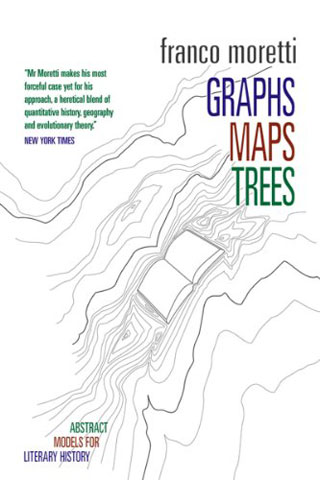 An academic treatise that argues that rather than reading books, we should be mining them for data.