At present on the West Coast of America when a gang of longshoreman working breakdown cargo start a shift, they divide themselves into two equal groups and flip a coin. Depending to some extent upon the port and the work situation, one group goes into the far reaches of the hold of the shift and sits down. The other group turns to and starts loading cargo, usually working with a vengeance, since each one of them is doing the work of two men. An hour later, the groups change places. In other words, although I and my fellow longshoremen are there and get paid for eight hours, on occasion we work only four.…If there is someone reading this with a swelling sense of moral outrage because we are sitting down on the job, I am sorry, but I have searched my mind in vain for a polite way of telling him to go to hell. Further, I would recommend that he abandon his outrage and begin thinking about doing something similar for himself. Probably he already has, even if he won’t admit it.

Theriault, How to Tell When You’re Tired, page 96 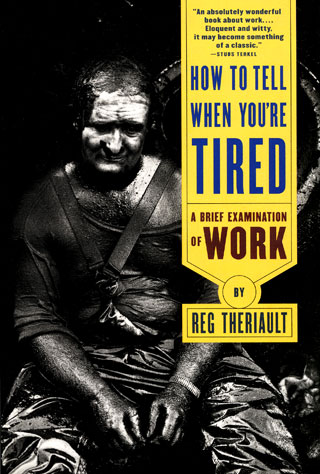 A fabulous little book, written by a lifelong worker.