In The Problem with Work, Kathi Weeks looks at the history of the work ethic in US culture, and in particular, how it changed in the postindustrial period.

The postindustrial work ethic, with its new emphasis on work as an avenue for personal development and meaning, was at least in part a response to the rebellions in the 1960s and early 1970s against the disciplinary subjectivity of the Fordist period and the problem of worker alienation that they helped to publicize. The human-resources movement that came of its own by the 1980s attempted to change work processes in ways that would address, in profitable terms, the problem of work quality posed by activists. Thus the shift from the industrial ethic’s focus on work as a path to social mobility to the post industrial emphasis on work as a practice of self-realization is part and parcel of the confrontation of competing versions of the ethic and the struggles over the organization and meaning of the work that they signified and facilitated.

Weeks, The Problem with Work, page 60

To put this in my own words: the Fordist (or Taylorist—Weeks uses the two terms interchangeably) work ethic was one that acknowledged that most work was drudgery, but pressed that the drudgery was worth it because of the rewards it would bring. The postindustrial ethic, on the other hand, posited a different value proposition: that you should work hard because that was what made you a whole, complete person—that who you are and what you do are inseparable. This shift aligned with growth in jobs that required not only completing a set of tasks but also doing so while performing (genuinely or otherwise) enjoyment of them. Weeks continues:

There are at least two reasons why our attitudes toward work take on renewed significance in the context of post-Fordism. First, workers’ investment in the work ethic is increasingly relevant because in many forms of work—for example, in many service sector jobs—employers want more from their employees than was typically demanded in the factories of the industrial era: not just the labor of the hand, but the labors of the head and the heart. Post-Taylorist work processes tend therefore to require more from immaterial laborers than their sacrifice and submission, seeking to enlist their creativity and their relational and affective capacities. It is not obedience that is prized, but commitment; employees are more often expected to adopt the perspectives of managers rather than simply yield to their authority. Whereas Fordism demanded from its core workers a lifetime of compliance with work discipline, post-Fordism also demands of many of its workers flexibility, adaptability, and continual reinvention.

Weeks, The Problem with Work, page 69

This is a neat little trick, when you see it clearly. Faced with growing demands to make work more dignified, company owners made the dignity of the worker contingent on doing a good job. By tying the worker’s identity to the work, they undercut any assertion that the work itself was meaningless or poor—because doing so would just reflect back on the worker’s own conception of themselves. They also made ideological adherence to management a requirement of the job, effectively positioning the worker as someone who could reproduce and reinforce those ideologies in their peers, without requiring any additional effort from their managers.

To be fair, post-Fordist management is certainly better than Fordism. But we cannot accept any work ethic uncritically. And it’s past time we looked a lot harder at the one that has reigned these last few decades. In addition to our time, the postindustrial work ethic demands our hearts. It does not deserve them. 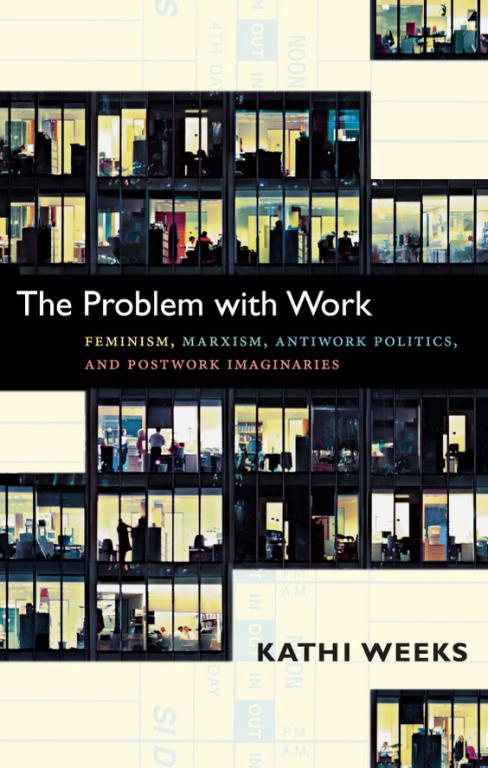 A provocative and irresistable argument that the need to “work for a living” is not a natural order but rather an invention—and one that can change.