In reference to a 2011 WHO report that estimates that fifteen percent of the world—or one billion people—are disabled, Hendren writes:

The report expresses a long-held insight articulated in the scholarly field of disability studies: that ability and disability may be in part about the physical state of the body, but they are also produced by the relative flexibility or rigidity of the built world, its capacity to bend or adapt in a dance with bodies in a range of states and stages. Disability in part results when the shape of the world—buildings and streets but also institutions, cultural organizations, centers of power—operates rigidly, with a brittle and scripted sense of what a body does or does not do, how it moves and organizes its world.

We have a habit of using the term disabled to mean a person, as if they alone are the locus of disability. But what if disability (and, by comparison, ability) isn’t singular but a conjunction? Hendren continues:

The condition of disability is present whenever a body finds itself in what scholar Rosemarie Garland-Thomson has called a pointed “misfit” relationship with the world—not the melodrama of a tragedy to overcome, not merely a “defect” of the flesh, but a misfit: a disharmony that runs both ways, body to world and back.

I love this use of the word “misfit,” not least because it makes plain that it is the intersection of a body and the world where disability is produced. But also because it rescues a word that has, on occasion, been used to refer to malcontents or eccentrics but also to mavericks, dissenters, resisters. It is often the misfits who point out where a society has gone wrong, and often their wisdom that lights up the path to doing better. 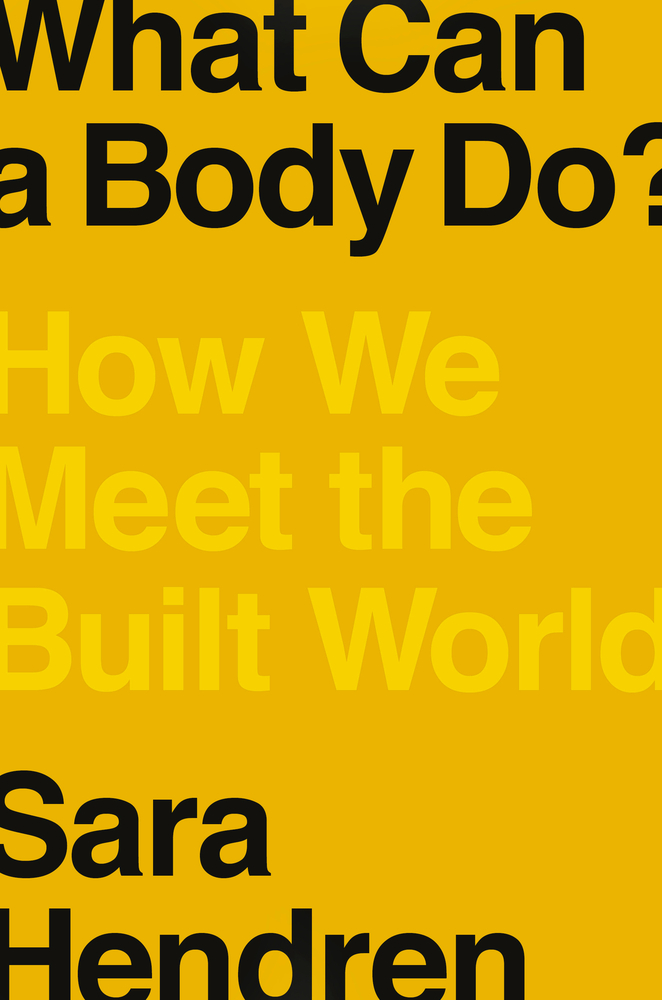 Among the core premises of this provocative and deeply humane book is this: disability is in part a product of the intersection of a body and the built world, where the latter often presumes there is only one way a body can be.