I wrote about rereading last year, a habit that has morphed into a deep practice over these long last twelve months. I’ve read plenty of new books (am reading several right now, even) but I reread like my life depends on it, as if I were falling and that book over there—the one I can practically recite—is the handhold I need to arrest my descent.

Lately I’ve kept adrienne maree brown’s excellent Emergent Strategy close at hand, turning to it often. The structure of the book—short chapters that read like blog posts in the best way—lends itself to dipping in and out. And while her language is deeply accessible, I’ve found that really understanding the principles of emergent strategy requires an almost devotional practice of reading (and rereading) and thinking and then rereading some more. It’s also not lost on me that I’m rereading brown as she rereads Butler—the book counts among its origins the writings of Octavia Butler, especially Parable of the Sower. So it’s rereading all the way down.

Emergent strategies are ways for humans to practice complexity and grow the future through relatively simple interactions. This juxtaposition of emergence and strategy was what made the most sense to me when I was trying to explain the kind of leadership I see in Octavia’s books.

It isn’t just that her protagonists are Black, female, or young leaders….Or maybe it is, because of all those things: who leads matters. But what I noticed is that her leaders are adaptive—riding change like dolphins ride the ocean. Adaptive but also intentional, like migrating birds who know how to get where they’re going even when a storm pushes them a hundred miles off course.

Humans? Some of us are surviving, flowing, flocking—but some of us are trying to imagine were we are going as we fly. That is radical imagination.

“Surviving, flowing, flocking,” feels like an incantation for this lost year. She continues:

Octavia was concerned with scale—understanding what happens at the interpersonal level is a way to understand the whole of society. In many of her books, she shows us how radical ideas spread through conversation, questions, one to one interactions. Social movements right now are also fractal, practicing at a small scale what we most want to see at the universal level. No more growth or scaling up before actually learning through experience.

Rather than narrowing into one path forward, Octavia’s leaders were creating more and more possibilities. Not one perfect path forward, but an abundance of futures, of ways to manage resources together, to be brilliant together.

Reading that for the dozenth time reminded me of a very different book, The Comedy of Survival, by Joseph Meeker. In it, Meeker argues that much of Western civilization is rooted in the tragic mode—in which a great but flawed hero attempts to mold the world around him, and is deservedly brought down by his own hand. By contrast, the comic mode is that of the joker, or the fool—it is responsive, adaptive, playful. The fool doesn’t try to wrestle the world into where they want to be but instead adapts and flows with what comes to them. Above all else, the fool tries to stay alive. Here’s Meeker:

The comic vision is not polarized, but complex: comedy sees many aspects simultaneously, and seeks for a strategy that will resolve problems with a minimum of pain and confrontation. The comic way is not heroic or idealistic; rather, it is a strategy for survival.

Meeker, The Comedy of Survival, page 14

The comic way is to be found in evolutionary history, in the processes of ecology, and in comic literature, which may represent the closest we have come to describing humans as adaptive animals. Comedy illustrates that survival depends upon our ability to change ourselves rather than our environment, and upon our ability to accept limitations rather than to curse fate for limiting us.

Meeker’s play ethic and brown’s emergent strategy are not exactly aligned: brown argues for intention in adaptation, and in holding a vision for a more just world—while Meeker’s fool is mostly interested in saving their own skin. And Meeker’s analysis suffers from an overemphasis on the “great” male writers and a complete absence of intersectional feminism, which I think would complicate his tragic/comic binary.

But there’s just that little bit of resonance between them that makes the rereading feel less like repetition and more like unearthing. The comic mode echoes with brown’s incantation to embrace change. And brown’s acceptance of the element of chaos as part of the natural order of the world is something the fool in Meeker’s analysis would nod at approvingly. I think of Meeker’s play ethic as a sidecar to brown’s emergent strategy. I read—and reread—them both as generative ways to think about how to live in a world in a global pandemic, in a climate emergency, in an era with too much harm and too little justice. 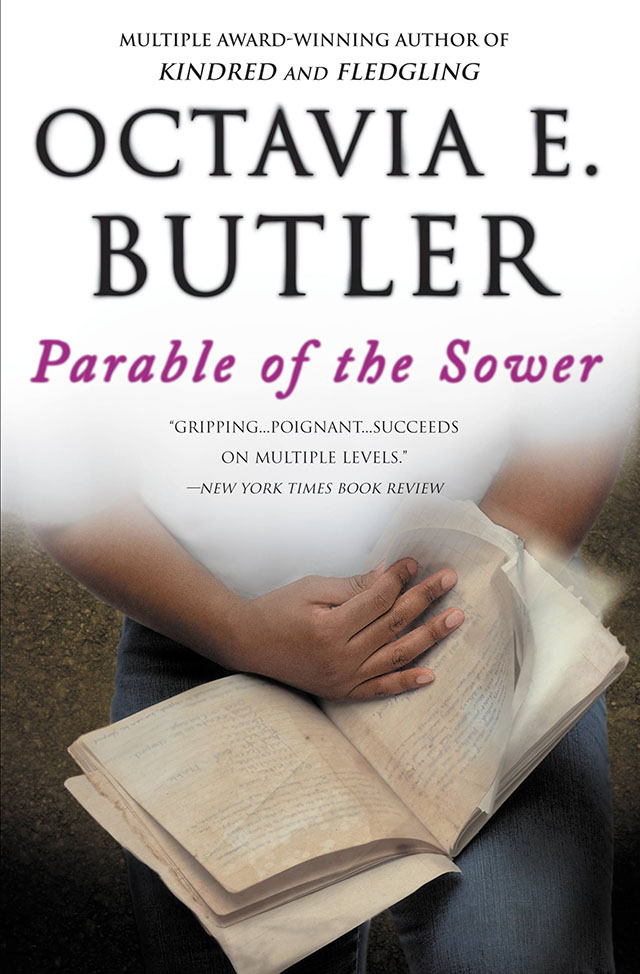 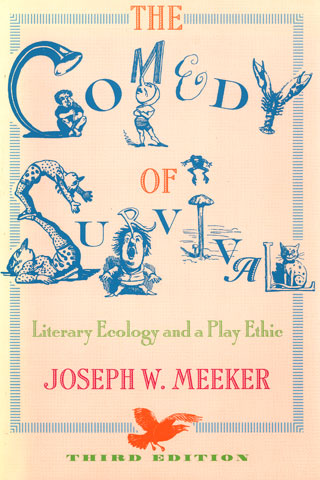