This Gezi Park moment, going from almost zero to massive movement within days, clearly demonstrates the power of digital tools. However, with this speed comes weakness, some of it unexpected. First, these new movements find it difficult to make tactical shifts because they lack both the culture and the infrastructure for making collective decisions. Often unable to change course after the initial, speedy expansion phase, they exhibit a “tactical freeze.” Second, although their ability (as well as their desire) to operate without defined leadership protects them from co-optation or “decapitation,” it also makes them unable to negotiate with adversaries or even inside the movement itself. Third, the ease with which current social movements form often fails to signal an organizing capacity powerful enough to threaten those in authority.

Elsewhere, Tufekci mentions Jo Ann Freeman’s Tyranny of Structurelessness in referring to the challenges of networked protest movements, connecting the problems of current leaderless movements to those of consciousness-raising groups during second-wave feminism. The similarities are striking.

The flawed but real elections that took place in Egypt after Tahrir were, for the most part, not popular with many of the young people who had played a major role in the protest.

Many of these young activists boycotted the first elections held in the country. “Elections will never change anything,” some of them told me, with the same distrust of electoral politics as their seasoned counterparts in the West even though they had not experienced a single election or duly elected government in their lifetime. “How do you know?” I would ask them, somewhat bewildered that they were so firm in making up their mind about elections in a country without elections. They would confidently repeat that they knew elections never changed anything. Their values were already aligned with the mistrust of representation that was widespread in global movements elsewhere, and also stemming from their own local experience with an autocracy.

It was globalization from below: the protest culture wrapped up with the shortcomings of electoral politics in more advanced countries was affecting how activists in Egypt responded to conditions in their own country. “What’s the way forward then?” I would ask. The answer almost inevitably came back to Tahrir. It was a freeze: tactically, politically and emotionally. Tahrir or bust.

It may well be that protestors are already learning the lessons from this phase of networked protests. At several events I attended following the inauguration this year, speakers repeated a statement to the effect of, “if you leave this protest unaffiliated with an organization, you have fucked up.” At a few events, the list of organizations involved took a noticeable amount of time to announce. Some of those orgs will falter or lose steam, but if even a few of them persist and develop, we may be able to avoid the tactical freeze that Tufekci describes. 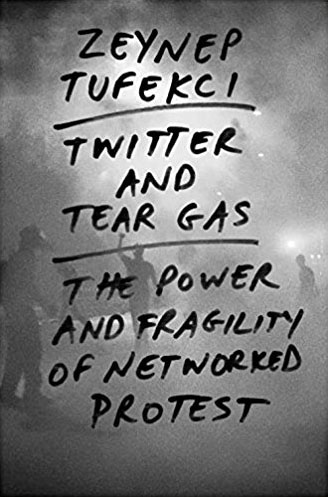