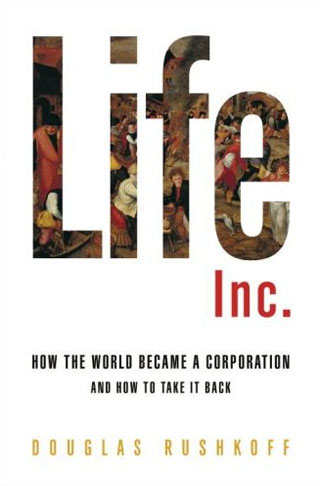 This has all been said before, but it bears repeating:

In the kinds of towns de Tocqueville visited, human relationships dominated the local economy. If you needed oats, you’d go buy them from the general store—just one step removed from the mill—or maybe even from the miller himself. If the oats were bad, you’d know where to find the man responsible. You knew his face and his wife’s. His kids might have gone to school with your kids.…You were more than each other’s customers; you were interdependent members of a community.

The Industrial Age brought factories capable of making oats faster and cheaper than the local miller could have ever imagined.…So, now instead of buying oats from a human being you knew, you’d get them from a big factory several hundred or several thousand miles away. It would come in an impersonal big brown box. There was no miller to be seen.

The brand was developed to substitute for the relationship you used to have with the miller. Instead of seeing his face over an open barrel at the mill or the general store, you’d see the face of a Quaker on a box of factory-made oats…[and] who doesn’t feel good about Quakers? They are dedicated to exactly the kind of town meetings and local sharing that a national oats company would seek to replace.

Rushkoff on the process by which the federal government designed conformity into the structure of Levittown, a process since repeated by corporate housing developers across the country:

As a return on its investment, the federal government got to dictate the basic template for all houses. The FHA used this opportunity to design houses that reinforced the nuclear family while discouraging the congregation of larger groups. The recommended house plans were for four- and five-room Cape cottages. The houses were uniform—intentionally interchangeable. The five models offered at Levittown varied only in color and exterior window arrangement. Variations less expensive to deliver could have been offered, such as rotating the position of the house on its axis, or changing colors and textures in its interior. But this would have defeated the underlying agenda of uniformity; the homogeneity of the houses was supposed to engender a culture of conformity.…

Conformity shouldn’t be confused with solidarity. The houses and families within these subdivisions were equal, but separate. The architecture promoted nuclear-family values and gender-based roles for parents. As delivered, there was no room for relatives or even large parties—just the essential activities of a small family. The Cape houses had kitchens in the back, from which moms were to watch kids play in the backyard. In the front yard of each house were a lawn, landscaping, and four fruit trees to be tended by Dad. As William Levitt himself promised his government patrons, “No man who owns his own house and lot can be a Communist. He has too much to do.” He meant this quite literally.

I grew up in Dale City, Virginia, a suburb so-named by the housing developer who razed the land in order to build a rash of single-family homes. It was the 80s version of Levittown: a bit more colorful, with sidewalks here and there, and two-car garages if you paid extra. They say the developer named the streets after himself—taking his middle name and repeating it at each intersection, so that you turned from Lindendale Rd onto Silverdale Rd, then onto Ashdale, Surrydale, Cherrydale, Birchdale, Cloverdale, and so on. The bit about it being his name is apocryphal (his middle name was Don, not Dale), but what a falsehood! As if the community was a narcissistic reflection of its maker, as if the people who lived there were driving through his veins.