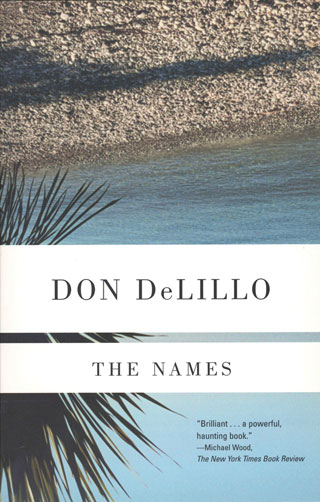 A dense novel, concerning a small group of American ex-patriots and a series of cult murders. Strange and beautiful. I intend to read it again.

Read while on a beach near Lisbon, Portugal:

To be a tourist is to escape accountability. Errors and failures don’t cling to you the way they do back home. You’re able to drift across continents and languages, suspending the operation of sound thought. Tourism is the march of stupidity. You’re expected to be stupid. The entire mechanism of the host country is geared towards travelers acting stupidly. You walk around dazed, squinting into fold-out maps. You don’t know how to talk to people, how to get anywhere, what the money means, what time it is, what to eat or how to eat it. Being stupid is the pattern, the level and the norm. You can exist on this level for weeks or months without reprimand or dire consequence. Together with thousands, you are granted immunities and broad freedoms. You are an army of fools, wearing bright polyesters, riding camels, taking pictures of each other, haggard, dysenteric, thirsty. There is nothing to think about but the next shapeless event.

It took half a dozen conversations with locals in pigeon-Portuguese (slipping into Spanish here and there, to their annoyance), to arrive at that beach, and this paragraph. Later (after a race through Heathrow):

Air travel reminds us who we are. It’s the means by which we recognize ourselves as modern. The process removes us from the world and sets us apart from each other. We wander in the ambient noise, checking one more time for the flight coupon, the boarding pass, the visa. The process convinces us that at any moment we may have to submit to the force that is implied in all this, the unknown authority behind it, behind the categories, the languages we don’t understand. This vast terminal has been erected to examine souls.

I like the image of airport as limbo: you’re about to be judged, permitted to move on, amidst the luggage and metal detectors and duty-free shops. You’re countryless, impatient, and without agency. In other words: modern.