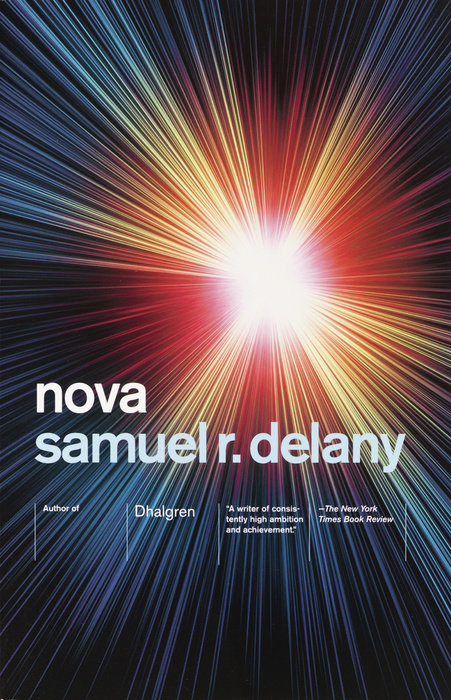 Mouse is a young cyborg stud who plays a stolen sensory syrynx—an instrument that projects sights, smells, and sounds all at once. He meets Katin, who has recorded thousands of notes for a novel (an ancient and largely lost art form) but who has yet to decide what his novel will even be about. They are recruited by Captain Lorq Von Ray for a mysterious mission to collect a galaxy-disrupting amount of “illyrion,” the power source for intergalactic vessels and the outer colonies. But first, they must get past Lorq Von Ray’s childhood nemesis, Prince Red, and his beautiful sister, Ruby. The whole story is as out there as it sounds, and loads of fun. But it also happens to have one of the best last lines of anything I’ve ever read—so good I want to be mad about it.