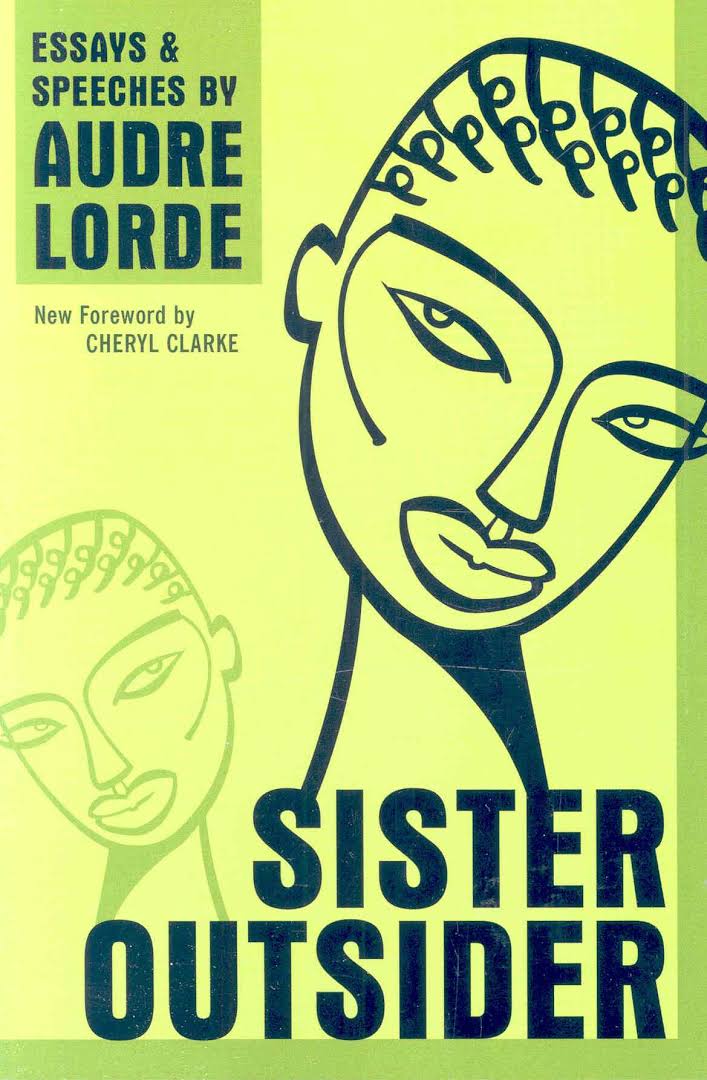 “I have suckled the wolf’s lip and I have used it for illumination, laughter, protection, fire in places where there was no light, no food, no sisters, no quarter. We are not goddesses or matriarchs or edifices of divine forgiveness; we are not fiery fingers of judgment or instruments of flagellation; we are women who are forced back always upon our women’s power” (133). More than three decades after this collection was first published, it remains as critical, as relevant, as unremitting as ever. Lorde’s feminism is one that requires a lot of her reader: she confronts the complicated and intersecting issues of sexism, racism, ageism, homophobia and class with her eyes and heart wide open, and demands as much of you. But her prose is as hopeful as it is fierce, a guiding light on even the darkest of days. Required reading.

The Women’s March and pink pussycat hats and invocations of solidarity have to be squared up with the fact that a majority of white women voted for Trump; that the peacefulness of the March contrasts with other protests not because of the women’s behavior but because of their skin color; that white women are walking into a fight that started generations ago and assuming it only just now began with their arrival. Writes Audre Lorde:

Somewhere, on the edge of conciousness, there is what I call a mythical norm, which each one of us in our hearts knows “that is not me.” In america, this norm is usually defined as white, thin, male, young, heterosexual, christian, and finanically secure. It is with this mythical norm that the trappings of power reside within this society. Those of us who stand outside this power often identify one way in which we are different, and we assume that to be the primary cause of all oppression, forgetting other distortions around difference, some of which we ourselves may be practising. By and large within the women’s movement today, white women focus on their oppression as women and ignore differences of race, sexual preference, class, and age. There is a pretense to a homogeneity of experience covered by the word sisterhood that does not in fact exist.

There were reports at the March of indigienous women who were patronised and insulted by white women: white women made fun of their clothes, walked through their prayer circles, carried signs saying “this land is our land,” either forgetting or refusing to recognize that this land is stolen land. A photo showed a sign with the words, “See you all at the next BLM march, right?” but the question mark spoke for itself. Lorde, again:

As white women ignore their built-in privilege of whiteness and define woman in terms of their own experience alone, then women of Color become “other,” the outsider whose experience and tradition is too “alien” to comprehend. An example of this is the signal absence of the experience of women of Color as a resource for women’s studies courses. The literature of women of Color is seldom included in women’s literature courses and almost never in other literature courses, nor in women’s studies as a whole. All too often, the excuse given is that the literatures of women of Color can only be taught by Colored women, or that they are too difficult to understand, or that classes cannot “get into” them because they come out of experiences that are “too different.” I have heard this argument presented by white women of otherwise quite clear intelligence, women who seem to have no trouble at all teaching and reviewing work that comes out of the vastly different experiences of Shakespeare, Molière, Dostoyefsky, and Aristophanes. Surely there must be some other explanation.

This is a very complex question, but I believe one of the reasons white women have such difficulty reading Black women’s work is because of their reluctance to see Black women as women and different than themselves. To examine Black women’s literature effectively requires that we be seen as whole people in our actual complexities—as individuals, as women, as human—rather than as one of the problematic but familiar stereoetypes provided in this society in place of genuine images of Black women.

To be seen as whole people in our actual complexities. This is the real work of dismantling white supremacy, the hard, internal work—cleaving inherited systems of thinking away and filling the gaps that remain.

Some problems we share as women, some we do not. You fear your children will grow up to join the patriarchy and testify against you, we fear our childen will be dragged from a car and shot down in the street, and you will turn your backs upon the reasons they are dying.