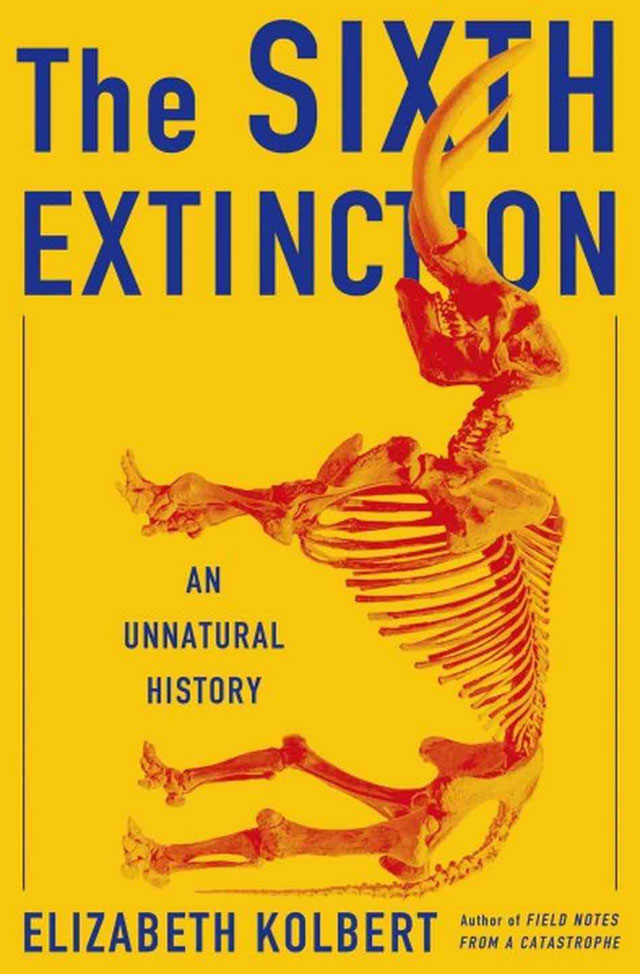 There are five documented extinctions in earth’s history, of which the dinosaurs are the most well-known. Kolbert explores the sixth, currently underway, and for which the blame lays not with an asteroid but with us. From frogs to bats to megafauna and the Great Barrier Reef, the book is a terrifying and fascinating travelogue.

A talk presented at the 10th annual dConstruct conference in Brighton, England.

Around thirty thousand years ago, Neanderthals vanished from Europe. Like the megafauna of the age, the Neanderthals’ decline suspiciously coincides with the arrival of modern humans. But what separated humans and Neanderthals? Why didn’t they put up more of a fight?

It is often speculated that the humans who sketched on the walls of the Grotte des Cambarelles thought their images had magical powers, and in a way they were right. The Neanderthals lived in Europe for more than a hundred thousand years and during that period they had no more impact on their surroundings than any other large vertebrate. There is every reason to believe that if humans had not arrived on the scene, the Neanderthals would be there still, along with the wild horses and the woolly rhinos. With the capacity to represent the world in signs and symbols comes the capacity to change it, which, as it happens, is also the capacity to destroy it.

That is, imagery and language—the ability to communicate over time—gave humans the edge over their Neanderthal brethren. The same images which we celebrate for their art were responsible for the destruction of countless species, some very much like us.

“In many ways human language is like a genetic code,” the British paleontologist Michael Benton has written. “Information is stored and transmitted, with modifications, down the generations. Communication holds societies together and allows humans to escape evolution.”...If you want to think about why humans are so dangerous to other species, you can picture a poacher in Africa carrying an AK-47 or a logger in the Amazon gripping an ax, or, better still, you can picture yourself, holding a book in your lap.

Emphasis mine. In Lilith’s Brood, the alien species who arrive on Earth talk often of the “human contradiction.” They describe it as a seductive attraction, a quality that makes humans capable both of extraordinary creation and of nearly unlimited destruction. They are simultaneously drawn to it and repulsed by it. Just as we are, I suppose.