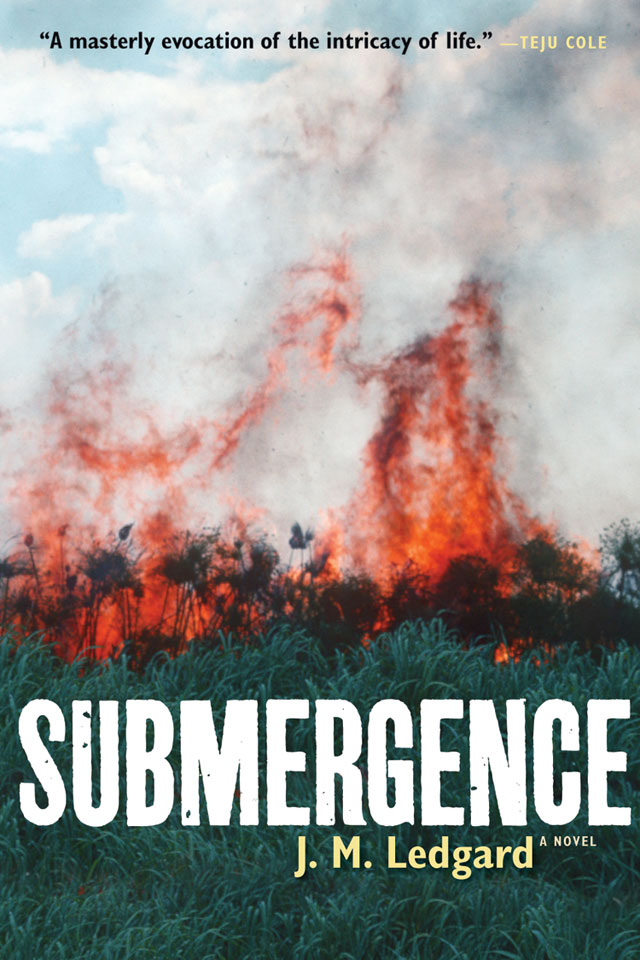 Submergence follows two characters: James More, a spy posing as a water expert in Somalia who is captured and tortured by jihadists; and Danny Flinders, a biomathematician preparing to dive in a submersible to the Hadal deep—the lowest point in the ocean. James and Danny have a brief affair over Christmas in a French hotel, the memory of which propels both of them forward and down. Escaping into Ledgard’s language is itself a kind of submergence—the book has a vaguely liquid quality as it moves between James and Danny and between the surface and the lower depths. A strange and beautiful read.

Submergence builds out from a brief affair between Danny—a biomathematician who studies the deepest reaches of the ocean—and James—a spy posing as a water expert. Danny speaks to James about her work:

She held up for him the example of the orange roughy.

“It’s a fish that takes forty years to reach maturity and lives to one hundred years on the seamounts, but it has been fished nearly to extinction in a generation.

“Let’s say the Atlantic is 160 million years old,” she continued. “It might be older. We appeared less than one million years ago. We walked in yesterday. It’s not much of a claim. Yet somewhere in the Atlantic right now and in other oceans, some man, I’m sorry, it’s always a man isn’t it, some man is smashing a seamount more ancient than any greenwood on land, which he can’t see and refuses to value.”

She was taken aback by her own vehemence. She stopped, then began again. “Tens of thousands of seamounts have been destroyed in our lifetime. Any seamount is sure to be demolished the moment it is located. The chains of those bottom trawlers will break into powder the cold-water corals and sponges that were there before there was an English language and that contain in them the most powerful antibiotics and chemicals, which might be useful for cancer treatment. If this was happening in a science-fiction world we would see it clearly for what it is, but we don’t because it’s happening here and now. It’s obscured by the money someone is making off of it. Scientists are partly to blame. We’re always raising our hands after the destruction has taken place. There are scientists who become industrial collaborators, bringing out tailored research for one company or another. I’m lucky to be working at a depth beyond the reach of industry. They want the manganese nodules, gold, and fuels that are in the deep, but it’s too expensive to get at now. There’s still some undisturbed time,” and as she said this she was thinking very precisely of the abyss, its compass duration, its secrets: of species of hagfish older than the Atlantic, who lived on those sunk from above and tied themselves in knots so as to give their jaws purchase on the rotting and blanched forms of the dead.

Two things stand out to me here: first, Danny’s description of the things we destroy as being that which we cannot see and refuse to value, as if the blame is laid both on our biology and on our choices. Sure, we’re blind, but we’re complicit in that blindness. Second, noting that if this was happening in a sci-fi novel we could better see it: meaning both that fiction serves to illuminate our lives and that its illumination can only extend so far—it doesn’t reach into the depths. (Third: those sentences! Ledgard’s language is toothy and transfixing.)