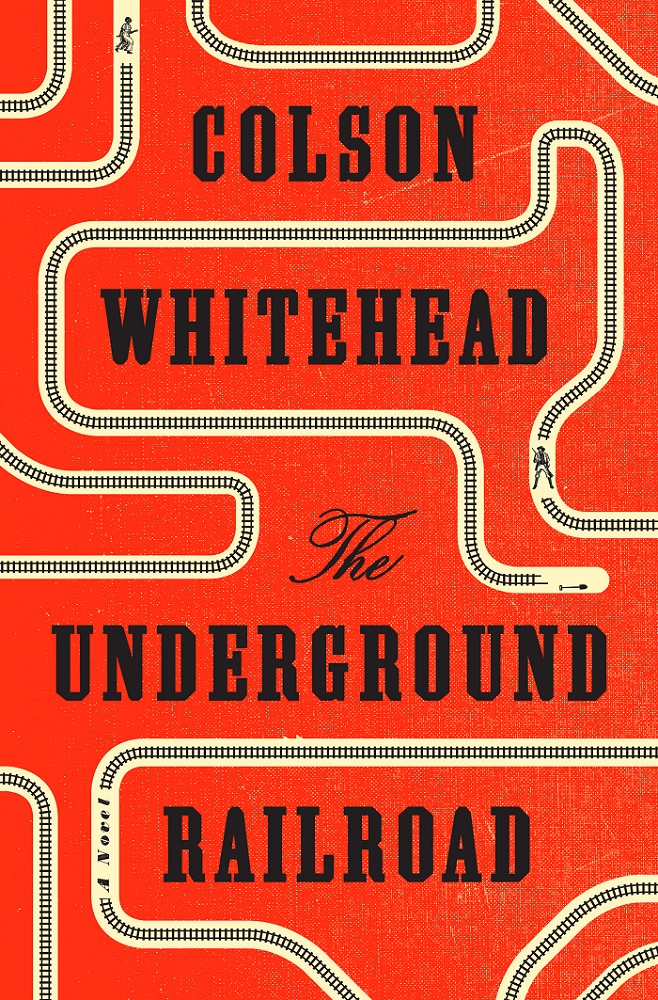 The most talked-about feature of Whitehead’s novel of the underground railroad is the railroad itself: reimagined as an actual railroad, with tunnels and tracks and steam engines and crazed conductors, it makes for stunning, cinematic imagery. Each time Cora, the protagonist, careens through the tunnels on a shaky boxcar, it’s exhilarating. But what struck me most about the book—which takes no further liberties with the historical account—is how much it says about the present day. Cora has brief periods of respite, but she never fully escapes the terrors of slavery. Just as we haven’t escaped its consequences.

The Underground Railroad follows Cora, who is born enslaved on a Georgia plantation. Along with Caesar, another slave, Cora escapes on the railroad, first to South Carolina, where she and Caesar briefly live as free people, then on to North Carolina when they are found out. In North Carolina, she arrives at the railroad station to find the station agent in the midst of leaving a message saying the station must be shut down: it has become too dangerous to ferry slaves through the state. Cora is an unwelcome surprise. The agent, a nervous man named Martin, manages to bring Cora to his home, pausing along the way to show her the Freedom Trail—a long tree-lined road lined with hanging black bodies. They continue on to his small house, where Martin hides her in the attic; there she has to wait for a sign from the railroad.

The house sits on the edge of a park, and each Friday the town gathers in the park for a festival of performances and speeches. On her first week there, Cora watches the event from a hole in the wall.

Two white men, their faces blackened by burned cork, capered through a series of skits that brought the park to exhuberant laughter. Dressed in mismatched, gaudy clothes and chimney-pot hats, they molded their voices to exaggerate colored speech; this seemed to be the source of the humor. A sketch where the skinnier performer took off his dilapidated boot and counted his toes over and over again, constantly losing his place, generated the loudest reaction.

The final performance, following a notice from the judge regarding the chronic drainage issues at the lake, was a short play. From what Cora put together from the actor’s movements and the bits of dialogue that traveled to her suffocating nook, the play concerned a slave—again, a white man in burned cork, pink showing on his neck and wrists—who ran north after a light rebuke from his master. He suffered on his journey, delivering a pouty soliloquy on hunger, cold, and wild beasts. In the north, a saloon keeper took him on. The saloon keeper was a ruthless boss, beating and insulting the wayward slave at every turn, stealing wages and dignity, the hard image of northern white attitudes.

The last scene depicted the slave on his master’s doorstep, having once again run away, this time from the false promises of the Free States. He begged after his former position, lamenting his folly and asking for forgiveness. With kind and patient words, the master explained that this was impossible. In the slave’s absence, North Carolina had changed. The master whistled and two patrollers ushered the prostrate slave from the premises.

The town appreciated the moral of the performance, their applause resounding through the park. Toddlers clapped from the shoulders of their fathers, and Cora caught Mayor [the dog] nipping at the air. She had no idea of the size of the town bult felt that every citizen was in the park now, waiting.

As it turns out, they are waiting for the finale: when a young black woman, her face bloodied and her hair shaved, is dragged on to the stage and then hung from an oak tree.

What’s especially damning about the way this scene plays out is the straight line from the performances—with their explicitly racist perspective—and the lynching that follows. The plays depict black people as dumb and foolish, emphasize the capricious violence of northerners, and of course present the slave master as a generous fatherly figure. Those stories depict a world in which lynching a wayward slave is an appropriate way to cap off a friendly town gathering. Whitehead’s choice to have the plays precede the violence is telling: the stories create the conditions for the murder to take place. They will it to happen. That’s how stories work.

There are twelve chapters in The Underground Railroad, and their titles alternate in a pattern: the first is named after a character, Ajarry, the grandmother of the protagonist, Cora. The second chapter is titled after a place: Georgia, the plantation where Cora is born and from where she escapes. The chapters follow that alternating pattern throughout the book: person, then place, as Cora moves north.

Three of the chapters are named after women. Ajarry is kidnapped from her home and taken across the Atlantic, barely surviving the passage. She’s then sold several times over, branded again and again. She has five children, but only one of them, Cora’s mother Mabel, survives past the age of ten.

Mabel also gets a chapter, late in the book. Mabel disappears off the plantation when Cora is a young girl; despite the efforts of a concerted slave catcher, she’s never found. It isn’t until her chapter that we learn her fate: she attempts escape, but turns back to get Cora and is bitten by a snake. It’s with Mabel that we understand the only real escape from slavery is death.

Then there’s Ethel, and it’s her chapter I want to dwell on for a bit: Ethel is the wife of Martin, a white railroad station agent in North Carolina. Martin is a reluctant abolitionist, having inherited the job from his late father, who made him promise he would continue the work. Martin has none of his father’s courage, and Ethel is an unwilling partner.

In Ethel’s chapter we learn of her childhood fantasies of bringing Christian values to Africa:

Ever since she saw a woodcut of a missionary surrounded by jungle narratives, Ethel thought it would be spiritually fulfilling to serve the Lord in dark Africa, delivering savages to the light. She dreamed of the ship that would take her, a magnificient schooner with sails like angel wings, cutting across the violent sea. The perilous journey into the interior, up rivers, winding mountain passes, and the dangers escaped: lions, serpents, man-killing plants, duplicitous guides. And then the village, where the natives receive her as an emissary of the Lord, an instrument of civilization. In gratitude the niggers lift her to the sky, praising her name: Ethel, Ethel.

Ethel’s parents have other ideas for their daughter, however, and Ethel turns to a life of school teaching and motherhood instead.

When Cora arrives unexpectedly, Martin sees fit to talk with her, to treat her as a guest (albeit one with very poor lodging). Ethel refrains. Martin tells Cora that Ethel is rightly scared, that she didn’t sign on for this railroad business. It isn’t until Cora takes ill that Ethel’s attitude toward her changes.

Everything had been denied Ethel her whole life. To mission, to help. To give love in the way that she wanted. When the girl got sick, the moment Ethel awaited for so long had finally arrived. In the end, she had not gone to Africa, Africa had come to her. Ethel went upstairs ... to confront the stranger who lived in her house as family. The girl lay on the sheets, curved like a primeval river. She cleaned the girl, washing the filth from her. She kissed the girl on her forehead and neck in her restless slumber with two kinds of feeling mixed up in those kisses. She gave her the Holy Word.

A savage to call her own, at last.

In a book replete with violence, including many terrifying enemies, it’s still Ethel’s story that leaves me cold. She’s only willing to extend a hand to Cora if in doing so she can simultaneously elevate herself. Cora is a means for her to exercise her own racial superiority. In some ways, Ethel is as vile as the hated slave catcher who chases Cora throughout the book.

Eventually, Martin and Ethel’s housekeeper becomes suspicious and reports them to the night riders, who barge in and discover Cora recuperating in bed. As Cora is carried off, she sees Martin and Ethel tied to a tree, the townspeople surrounding them, arms raised, rocks in their hands. Ethel’s savior complex, fulfilled.