As Warburg imagined it, a library was above all an accumulation of associations, each association breeding a new image or text to be associated, until the associations returned the reader to the first page. For Warburg, every library was circular.

Manguel, The Library at Night, page 203

The promise of ebooks (or, one promise, anyway), is their inherent connectedness. On a whim or the turn of a phrase, I can leap from Shakespeare to Soyinka, finding similarities that didn’t exist before, or else existed but were yet unknown. In exchange for the loss of continuity, I gain a new space for metaphors: no longer within the texts, but between them.

If that’s the case, then the promise of an ebook is in the multiplicity of titles, not the single text. And, furthermore, it is in the avenues and alleys that lead from one text to the other—in the official tree-lined roads as well as the dank, handmade tunnels. It’s the card catalog—as much as the books themselves—that earn their rescue from the fire.

Aby Warburg’s library opened in Hamburg in 1926. In Manguel’s telling, Warburg incessantly arranged and rearranged his books, moving titles from shelf to shelf in an attempt to map the paths among them. Visitors spoke of books of literature shelved next to those on geography, art history leaning against philosophy. At one point, unable to move the books at the speed of his mind, Warburg resorted to tacking notecards to a cloth—each card relating a text or image, their placement on the cloth relating them to other texts. The cards could be lifted and moved around at will—a visualization of the ongoing, cacophonous conversation around them.

His was a library as creative act—it exchanged the rigor of a single taxonomy for one that was fluid, eccentric, human. In so doing he delayed the act of finding a text indefinitely. You didn’t so much as look for a book as look for the thread that linked it to its neighbor; you didn’t rest on a single title, but instead travelled through them all, assured that wherever you were going, you would never arrive.

I wonder, then, if the promise of an ebook isn’t the book but the library. And if, in all our attention to a new device for reading, we’re neglecting methods for shelving. A search engine cannot compete with Warburg’s delicate, personal library. The metadata of a book extends beyond the keywords held between its covers to the many hands the text has passed through; it’s not enough just to scan every page. We need to also scan the conversations, the notes left in the margins, the stains from coffee, tea, and drink. We need to eavesdrop on the readers, without whom every book is mute. That is the promise I seek. 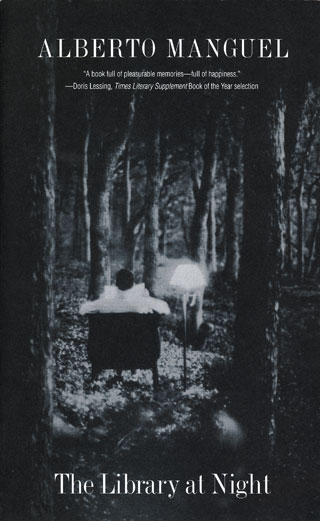 A series of meandering essays on the subject of the library.